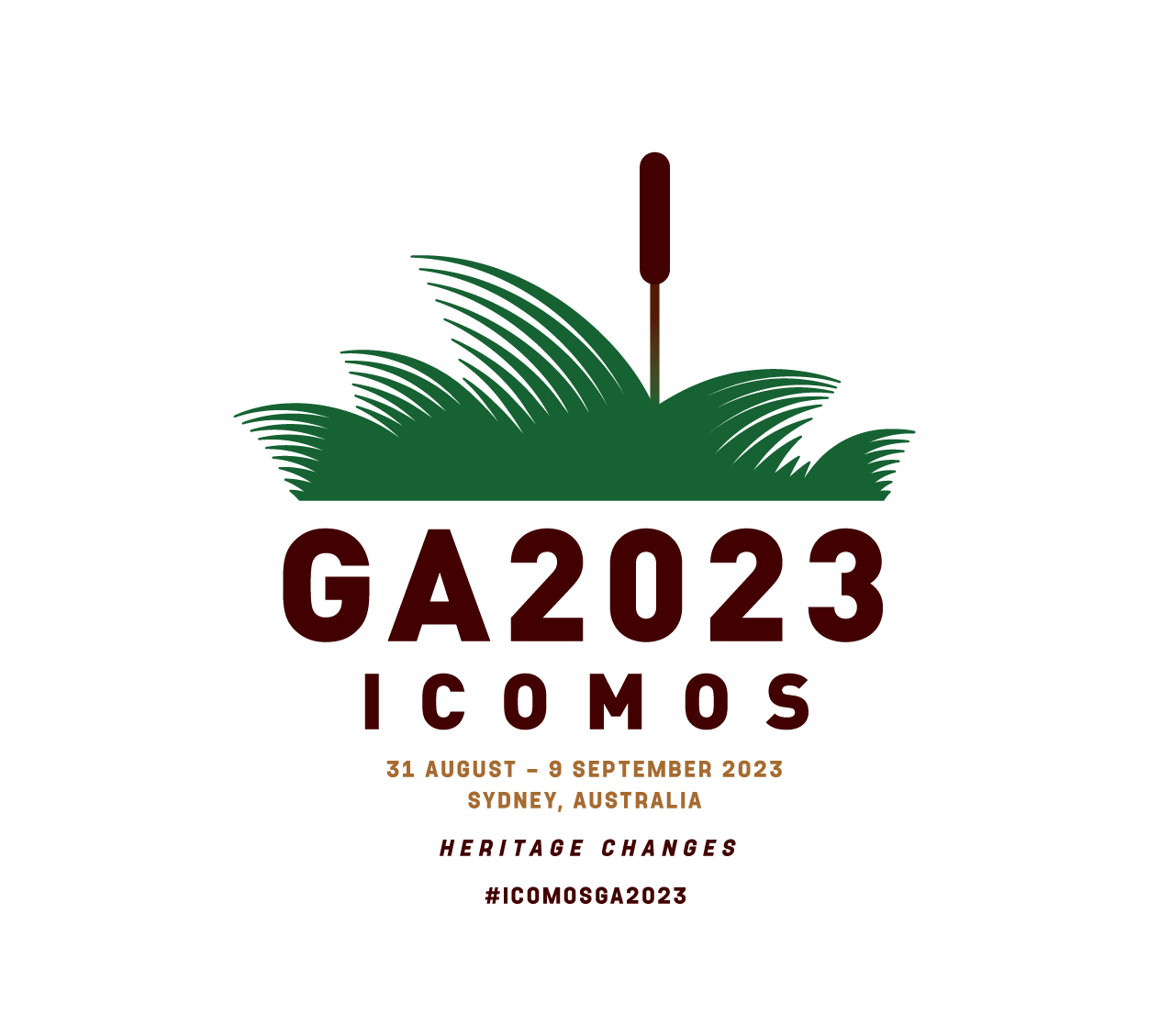 Dr Steve Brown is a Research Associate on the ‘Everyday Heritage’ project at the University of Canberra and a Special Adviser with GML Heritage. I am an Honorary Member of the ICOMOS-IFLA ISC on Cultural Landscapes and a member of the IUCN World Commission on Protected Areas. I have qualifications and publish in the fields of heritage studies and archaeology. I am excited to be working with the GA2023 team and GA2023 Scientific Symposium participants to create an intellectually and social stimulating, diverse, and memorable event. I live on a 60-hectare rural property that is managed for conservation and love. 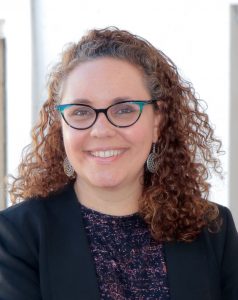 Ona Vileikis is PhD, architect and cultural heritage specialist, researcher at the Institute of Archaeology, University College London (UCL). I also collaborate worldwide with local professionals and government officials, UNESCO, ICCROM, ICESCO, WMF, IICAS, ICOMOS and the private sector, in the fields of capacity building and consulting regarding the World Heritage Convention, inventories, digital heritage documentation, conservation and monitoring practices, and heritage impact assessments. I have been serving as advisor to the UNESCO Silk Roads World Heritage nomination for more than a decade. I am also co-editor of the Journal of Cultural Heritage Management and Sustainable Development. At ICOMOS I am an expert member of the Executive Committee of CIPA Heritage Documentation and communication officer at the Sustainable Development Goals Working Group. As international co-chair of the GA2023 Scientific Symposium and heading our translations group I promote a diverse and inclusive event. I’m thrilled to work with our team and welcome all participants in Sydney! 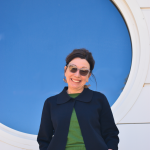 Tracy Ireland is Professor of Cultural Heritage at the University of Canberra, Director of the Centre for Creative and Cultural Research, and president of Australia ICOMOS. Tracy is known internationally for her work on heritage ethics and the social values of heritage and she has researched and published on the archaeology and heritage of colonialism in Australia, New Zealand, Quebec, USA, and Cyprus. Tracy has prepared heritage assessments and management plans for some of Australia’s most significant places, including the Old Great North Road World Heritage site, the Australian War Memorial, Old Parliament House, Canberra, and the Blacktown Native Institution, and is the Editor of the Australia ICOMOS journal Historic Environment.

Teresa Patrício is a Portuguese/Belgian architect Doctor in Engineering and heritage conservation specialist, President of ICOMOS and Professor at the Catholic University of Leuven, in Belgium (KU Leuven). Teresa is known internationally for her work on conservation of archaeological sites. She as developed research, restoration projects, conservation and management assessments for some of the most significant archaeological sites in the Mediterranean area as Sagalassos in Turkey and the World Heritage Sites of Baalbek and Tire in Lebanon.

Since the beginning of her career, Teresa has been working as volunteer with international organisations. Teresa is a member of ICOMOS Belgium (Wallonie-Bruxelles), Expert Member of the ICOMOS International scientific committee on Training (CIF), and Member of the ICOMOS Working Group for the safeguarding of the cultural heritage in Syria and Iraq. She is the past-President of ICOMOS Belgium, the immediate past-President of ICOMOS Wallonia-Brussels and the previous Editor of the ICOMOS Wallonia-Brussels journal Thema&Collecta. Teresa is also a member and former Board member of the Belgian Blue Shield.

Caitlin Allen is a Sydney-based archaeologist and heritage specialist.  She worked for the NSW State Government for nearly 20 years as both a heritage administrator and hands-on practitioner.  She is currently based at The University of Sydney, undertaking her PhD and working as a sessional lecturer in The Master of Museum and Heritage Studies Program.  Her current research interests focus on the public benefits of archaeological conservation in urban areas and the ways these remains contribute to the creation of liveable cities and community wellbeing.  Caitlin is a Member of the NSW Heritage Council’s Approvals Committee, an Expert Member of ICAHM and a former Vice President of Australia ICOMOS.

Dr Anita Smith is an archaeologist and academic with research interests in World Heritage, cultural landscapes and the cultural heritage of the Pacific Islands. She is a Lecturer in the Master of Professional Archaeology at La Trobe University, Melbourne, Australia and the Cultural Expert member of Australia’s Delegation to the UNESCO World Heritage Committee (2017 – 2021).She has advised communities, State and Australian Governments on World Heritage nominations for cultural sites, including the recently inscribed Budj Bim Cultural Landscape, Australia, and on heritage conservation programs in the Pacific Islands where she has been an Advisor to the Pacific World Heritage Program since 2004. Her current field research with communities on the Micronesian island of Yap, is mapping the contemporary significance of the social landscape of Yapese Stone Money. Anita is a member of Australia ICOMOS and the ICOMOS International Scientific Committee on Archaeological Heritage Management (ICAHM). 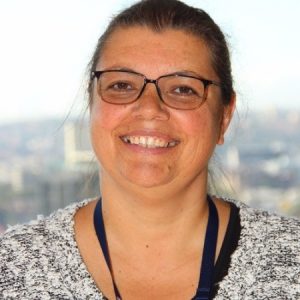 Tanya Koeneman is a proud descendant of the La Perouse Aboriginal community, and Co-Chair of the GA2023 Indigenous Advisory Panel. Tanya is the Director, Aboriginal Strategy and Outcomes at NSW Department of Planning, Industry and Environment, where she contributes to best practice strategic land use planning and management in New South Wales, particularly as it relates to improved economic development of Aboriginal communities and the promotion and protection of Aboriginal culture and heritage.

Mikel Landa is a Ph.D. Architect that has combined profession and academy for more than 25 years. Teaching at the ETSAUN while carrying out conservation projects at his own professional office, Landa-Ochandiano arquitectos, his background combines a strong technical base with experience in research and management of cultural landscapes. His doctoral thesis resulted the starting point of a constant research on wooden heritage repair soft techniques, that has led to a large number of surgical conservation works carried out in wooden heritage.

During 14 years, he has led the recovery of Añana Saltworks Cultural Landscape, an organically evolved continuing landscape, which included leading the Master Plan, the conservation works, working with the stakeholders and administrations, raising awareness about the viability of its recovery keeping to authenticity and the management of the site.

In line with her education in Delhi and York, U.K, Nupur has contributed to landscape architecture, planning and heritage conservation through practice and teaching. She has contributed to award winning public projects through Beyond Built, a Delhi based project lab. Living in Stockholm since 2017 she hopes to drive change in the field of water, heritage and placemaking.

She began volunteering with international organisations early on in her career. She was Co- Chair for the Scientific Symposium for the 19th ICOMOS General Assembly in Delhi in 2017 on ‘heritage and democracy’. She is currently Secretary General of ICOMOS International Scientific Committee of Cultural Landscapes and Advisory Circle Member of the International Federation of Landscape Architects (IFLA). She has contributed to ISOCARP (International Society of City and Regional Planners) for over two decades.

She is passionate about engaging with children, youth, and emerging professionals disseminating the skill of ‘reading the landscape’ in her quest towards liveable urban environments. 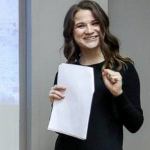 Nargiz Aituganova is a deputy head and a research associate at the Department for World Heritage and International Communications of the Likhachev Research Institute for Cultural and Natural Heritage, Russia. She also works as World Heritage coordinator of Bolgar Historical and Archaeological Complex and organizes annual World Heritage Volunteers youth action camps in Bolgar and other cultural heritage sites in Russia. Nargiz earned a master degree in World Heritage Studies from the University of Birmingham, United Kingdom, and currently studies Classic and Oriental Archaeology in the Higher School of Economics National Research University, Russia.

A conservation architect based in Montreal, Ève Wertheimer has worked for 20 years on the conservation of buildings and landscapes, with practical experience on a range of projects throughout Canada in both the public and private sectors, as well as in various positions linked to heritage policy development and implementation at the government level. Through these multiple lenses, she continues to explore the relationship between theory and practice as it manifests itself both in heritage and planning policy, as well as through specific projects. She has a particular interest for cultural landscapes, namely in the context of natural protected areas, and for the relationship between natural and cultural heritage and their conservation. In addition to her volunteer involvement with local heritage organizations, Ève has been the secretary of ICOMOS Canada, and keenly taken part in several of the organization’s international activities.

Kristen Walker Painemilla has been with Conservation International for 17 years. She is Senior Vice President and Managing Director for the Policy Center for Environment and Peace. Kristen is the Chair of the Specialist Group on Indigenous Peoples Customary and Environmental Law and Human Rights with the Commission on Environment, Economic and Social Policy (CEESP) of IUCN. CEESP contributes to the IUCN Mission by providing insights and expertise and promoting policies and action to harmonise the conservation of nature with the crucial socioeconomic and cultural concerns of human communities—such as livelihoods, human rights and responsibilities, human development, security, equity, and the fair and effective governance and equitable sharing of natural resources. Kristen holds her degree in Latin American Studies and Anthropology from George Washington University; and is the author of Indigenous Peoples and Conservation: From Rights to Resource Management (2010), which draws on years of experience working with indigenous peoples. 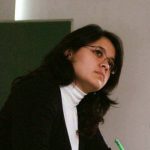 Verónica Heras is a researcher in the cultural heritage area. Since 2007, she is an Architect for the Universidad de Cuenca. In 2009, she obtained a master’s degree from the Raymond Lemaire International Center for Conservation at KULeuven. Later at the same University, she carried out her doctoral research where she developed a monitoring system based on preventive conservation strategies. She has extensive experience in theory and heritage documentation; which are supported by publications in scientific journals. She currently seeks to combine scientific research with practice and transmit it to students from her teaching experience at the University of Azuay since 2017. 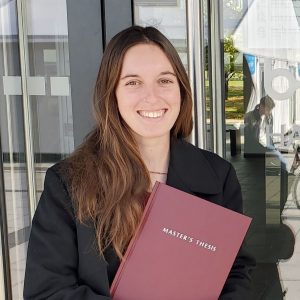 Shari Bone is a young professional who has recently completed her Masters’ degree in Heritage Conservation and Site Management in Germany and Egypt. Upon completion, she decided to return to her home country to start her career in the field and has recently begun a position as Project Archaeologist at Tardis Archaeology in Melbourne. Shari is particularly interested in the intertwined concepts of nature and culture as well as exploring community-based approaches to heritage. 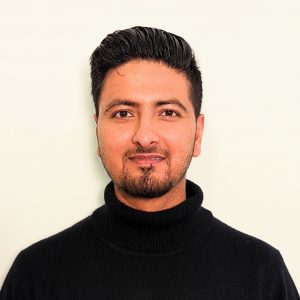 Shubham Shrivastava is a Sydney-based emerging professional who is currently working at the Powerhouse Museum as an Assistant Registrar. Shubham has worked in a variety of roles as a Field Archaeologist and as a Research Assistant where he has undertaken heritage assessments at sites located in Australia and overseas. He has also worked on the UNESCO monitored project at the Archaeological Site of Kapilvastu, Nepal to strengthen the conservation management plan of Lumbini. Shubham is interested in Critical Heritage Studies to explore the multiple narratives associated with a heritage site. He actively advocates for heritage plurality and is interested in exploring assistive technologies to enhance cultural accessibility for the public. He is also a member of the Sydney Cultural Institutions for Climate Action (SCICA), Australian Museum and Galleries Association (AMaGA), and Australian Registrars Committee (ARC).